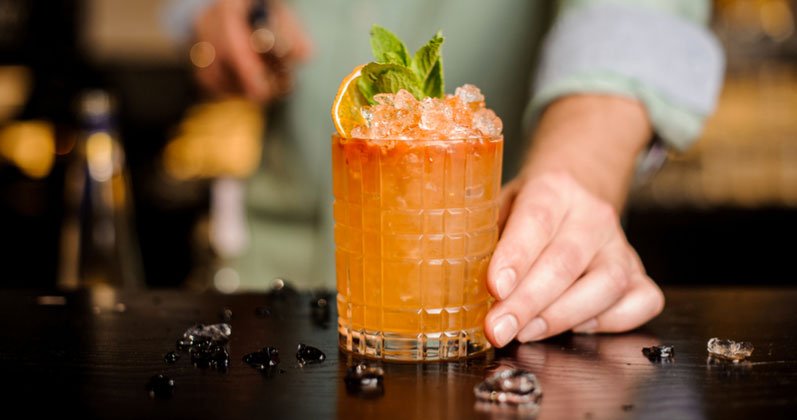 A desire to decompress and impress your family in this time of confinement?

Our barman at the Bar de La Mer reveals his recipe for the famous Mai Tai cocktail.
It is a rum-based cocktail that cannot be ignored.
A cocktail with tropical sounds, one could easily believe that Mai Tai was invented in Polynesia.
For the record, this cocktail actually comes straight from Oakland, California… The restaurateur Victor Bergeron decided to create his own cocktail based on rum from the islands. One evening, he offered some to two Tahitian friends and one of them, after tasting this cocktail, raised his glass and said “Mai tai roa ae” meaning “the best in the world”. Mai Tai had its name and the legend continued when Elvis Presley appeared sipping his little glass of Mai Tai in the movie Blue Hawaii.

So don’t wait any longer, get your shaker!

The preparation:
Pour all the ingredients into a shaker, previously filled with ice.
Shake it all.
Remember to strain the ice while serving!
Decorate with a slice of orange and serve it, as tradition dictates, in a tulip glass, so that the aromas can be best perceived.

An explosion of flavours will delight your taste buds and this cocktail will essentially be an invitation to travel…
Beware, this Mai Tai cocktail is relatively powerful, beware of the side effects!