A very innovative project and a great international first at the ACTe Memorial, this exhibition has already had a first stop in New York at the Wallach Art Gallery of Columbia University and a second stop in Paris at the Musée d’Orsay. It will be held in Pointe-à-Pitre from September to December 2019 and shows, through 110 works, the representation of black figures in the fine arts over a period of more than two centuries.

MORE THAN AN EXHIBITION, A MESSAGE
Going well beyond the artistic dimension, this exhibition looks at the aesthetic, political, social and racial issues, but also at the imaginary that these representations have generated over the decades. It deals with a great unspoken, unseen part of art history, which is the relationship between the
modern artists with black models. A dialogue between the artist who paints, sculpts or photographs and his subject who poses for him. The artists are engaged with these figures who pose, often in the greatest silence, at a time when it is difficult to recognize their own identity.

THE GREATEST ARTISTS
Géricault, Delacroix, Carpeaux, Matisse, Cézanne, Rousseau and Gauguin, committed artists who, out of militancy, denounced the slave trade and fought, brushes in hand, to rehabilitate their human conditions.
Although the abolition of slavery was declared in 1794, it would be half a century before society really integrated this new condition as a reality.

THE INITIATIVE…
… is the result of a fruitful collaboration on both sides of the Atlantic between Denise Murrell, PhD, a Ford Foundation postdoctoral researcher at the Wallach Art Gallery in New York and the Musée d’Orsay. Her thesis, Seeing Laure: Race and Modernity from Manet’s “Olympia” to Matisse, Bearden and Beyond, which she defended in 2013 at Columbia University, was the basis for a whole reflection.

OF IDENTITIES RECOVERED
Who knew, before this exhibition, that the famous maid in Manet’s painting “Olympia”, a painting that caused a scandal in 1865, was named Laure? Who remembered that one of Matisse’s favorite models, “The Haitian dancer”, was named Carmen? Who remembered that Géricault’s model, overlooking the famous painting “Raft of the Medusa” was black? Coming from the former colony of Santo Domingo, which later became Haiti, he embodies this victorious figurehead, conqueror and optimist, who stands out from the other prostrate shipwrecked people. His first name? Joseph.

How to obtain (and maintain) a tan without getting sunburned? Three expert tips to follow to the letter. 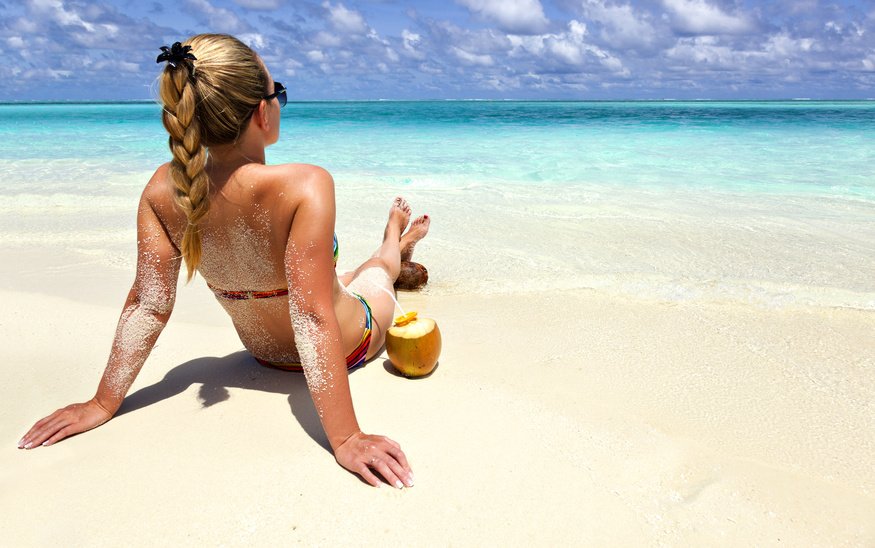 “Apply suncream with a sun protection factor that suits your skin type. Repeat this at least every two hours and after bathing, using a biodegradable cream that is friendly to the marine environment. You should also avoid exposure when the sun’s rays are at their strongest (between 12 noon and 4 pm).” Laure Calvel, Director of Lancaster.

“To prepare your skin for tanning, take a course of beta-carotene! This “Provitamin A” is rich in antioxidants, stimulates melanin production and protects the skin against aging. Also, eat plenty of orange-colored produce like sweet potatoes, carrots and apricots, as well as spinach and lamb’s lettuce!” Cécile Espinasse, beauty editor.

Use body oil after a shower !

“Since monoi contains no sun filters, I use it in the evenings after my shower. On moist skin, it turns into an emulsion, spreads easily and penetrates better. It is full of fatty acids and antioxidant vitamin E, which makes it the ideal substitute for my usual body milk.” Jeanne Dréan, beauty editor.

See our article about the beaches to explore with your family

Before it became one of the finest hotels of Guadeloupe,  La Toubana Hôtel & Spa built its reputation step by step, thanks  to the energy and passion of the family who run it. For more than thirty years, from father to son, from parent to child,  the clan has striven to meet the needs of its clients, with sincerity,  taste and refinement. A fifth star will make this magical place  the first of its category in Guadeloupe.

In the 1950s, Robert Vial Collet, from the French region of Savoie, arrived in Guadeloupe by boat. There, he met a beautiful Guadeloupean, Michèle. They married and had three children. In the 70s, this man of vision purchased the land which was to become the site of La Toubana. At the time, his father-in-law told him he was making a serious mistake by buying a rocky cliff where neither bananas nor sugar cane would grow! In 1984, the hotel finally opened its doors, proposing 18 little 2-star “boxrooms”. In 2005, the family obtained a third star, then a fourth in 2012. The establishment was next run by Robert’s son, Patrick, and his wife, Corinne, who later passed it on to Chloe and Aston, their children, who are still in charge today.

At La Toubana, each bungalow nestles in a little cocoon surrounded by vegetation. Each one has its own beautiful patio and a breathtaking view over the sea. Inside, the shutters allow the light in, creating a calm, embracing atmosphere. The communal areas are a continuation of that atmosphere, with a cozy and chic Creole style. The restaurant and bar can be found by the infinity pool. From up there, the view over Marie-Galante and the beach of La Caravelle is stunning.

Two restaurants, two ambiances. One is by the sea, next to the beach, the other is up by the pool. Every year, the menus of both restaurants are rewritten but certain iconic dishes, like grilled lobster, always remain! Each dish is created and concocted with seasonal produce selected from small growers. We use typical, local, fresh ingredients!

The “villas” section was built and included in the hotel complex in 2014. It is totally independent from the bungalow area, with 3 luxury villas and 12 suites, including 2 with their own pools. Architect Guy Benoist and decorator Muriel Chabernaud were called upon to ensure the site retained its original spirit and distinctive charm, without adopting an overly modern style. The rooms are arranged in such a way as to make them completely independent. This bright, spacious area allows good freedom of movement. In the early morning, the spectacle of nature over the sea and the song of birds promise a wonderful day. While allowing the daylight in, the shutters create a pleasant, soothing atmosphere. Far from the hustle and bustle of the outside world, the body relaxes under the jets of the Italian-style shower. A real cocoon of happiness to share with your loved ones.

The new, fully refurbished reception area… and the beaming smiles of our staff… make you want to stay a while. And who better than the locals, who know the island so well, to put the finishing touches to your vacation? As for our beauty facilities, the Spa has a brand new reception area and relaxation lounge, as well as new cabins and changing rooms. At the beach, the seawall is now a beach in its own right. For pareos, beach tunics and bags, we have opened a handy boutique.

“When you hire a villa at La Toubana, you also get access to all of the hotel’s facilities and services, including daily cleaning, your own chef if you so wish, access to the Spa and swimming pool, as well as beach services. Our team will always do everything they can to satisfy you, within reasonable limits. If you want a butler, a yoga lesson, a chef, a massage or a swimming lesson… all of this is possible” explains Chloe. When the dream becomes reality…

To recharge your batteries and re-establish contact with your body, try a signature treatment and massage at one of our wellbeing centers. First, you choose your fragrance among three treatment oils: avocado and coconut, sesame and grapeseed, or virgin coconut oil scented with kemiri (a nut from the Pacific islands).  These 100% natural plant oils all have a high vitamin content and excellent moisturizing, antioxidant and regenerating properties! This delicious ritual begins with a massage of the back and the back of the legs. Firm, slow gestures move down the body from top to bottom, helping your mind and muscles to relax. The 90 minute option also includes a massage of the abdomen and scalp… The ideal treatment to help you relax  and release tensions.

If you wish, you can enjoy a sauna or hammam session before choosing your body scrub product. Either an exotic body scrub with moisturizing avocado oil, cane-sugar seeds and powdered coconut flower, or the “mother-of-pearl bead” scrub, a blend  of rich shea butter and mineral beads derived from shells.  Your masseur proceeds with a full body scrub. After rinsing,  she applies Hydra 24, a body treatment from the Payot range, which gives you a feeling of wellbeing and makes your skin  soft and firm.

This Ocean SPA has just been renovated. It includes three cabins including a double, a sauna, a steam room and a rest room.

Models, company bosses, and online influencers tell us how they make traveling easy.

FRANÇOIS ANGOSTON, model, “When I travel, listening to Aznavour on my noise cancelling headphones helps me relax and connect with my inner thoughts.”

AUDE SARKAMARI, influencer, “For long journeys, I wear light, loose-fitting clothes, although I always take a warm garment with me. I try to do some stretching and relaxation exercises, I moisturize my skin and I drink plenty of water.” 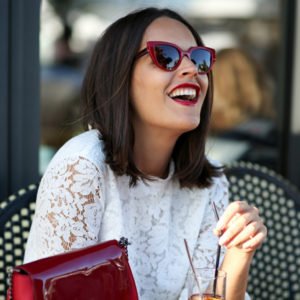 YANN BERVAS, influencer, “The only thing that counts is to find yourself in a new place that you’ve never visited before… It doesn’t matter where it is.” 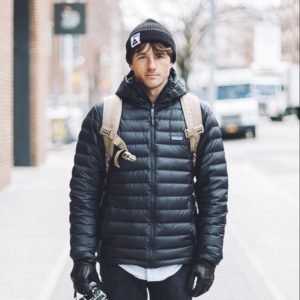 TIMOTHÉE CAGNIARD, founder of La Boite Concept, “I never sleep on the plane and always choose an evening arrival… This way I collapse when I reach my hotel, which avoids jet-lag.”

MARIE COURROY, head of the company Modetrotter, “I travel comfortably in my striped American Apparel leggings and a warm, baggy Modetrotter hoodie to wrap up warmly in!” 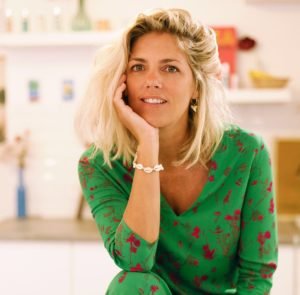 JESSICA FRANKLIN, influencer, “For 95% of my trips I pack a carry-on versus checking bag. This gives me more flexibility, saves me time and money. ” 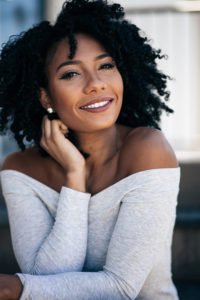